Work in RL has been exceptionally slow as of late, and today it was mind-numbingly boring, so you won´t mind that now that I'm home all I want to do is slip into another fantasy world... Happiness on the TV and my mind in a fairy land...
In fairyland the season is a little slow to change, maybe that reflects the weather in my RL now, but in the growing twilight as the stangely late snow falls, our little fairy friend hurries to find shelter in the warmth of her magical little home... 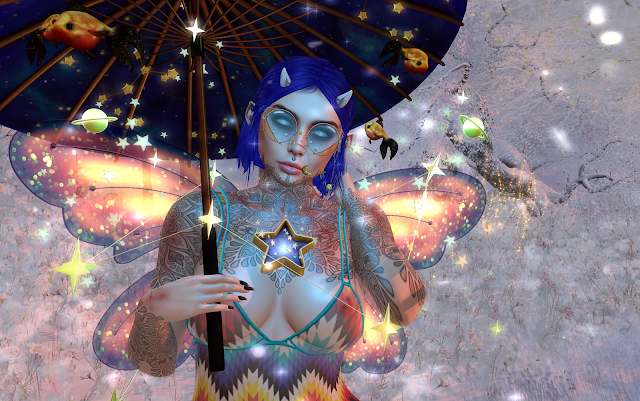 Dashing through the Outer Garden, she tries to escape the snowfall luckily protected under the Constellation Umbrella - from YOKAI - that she carries as a fae of the starlight, she wishes her dress was warmer..

Posted by Rudhmellowen at 8:16 PM